"While this garden will stand as a testament to the contributions of past and present African American students, faculty, staff and allies, it will also represent a place where people of all backgrounds can assemble and feel a place of belonging with each other and with W&M. It is also a reminder that to whom much is given much is expected. No longer will African American members of our W&M family be lost in the shadows." - 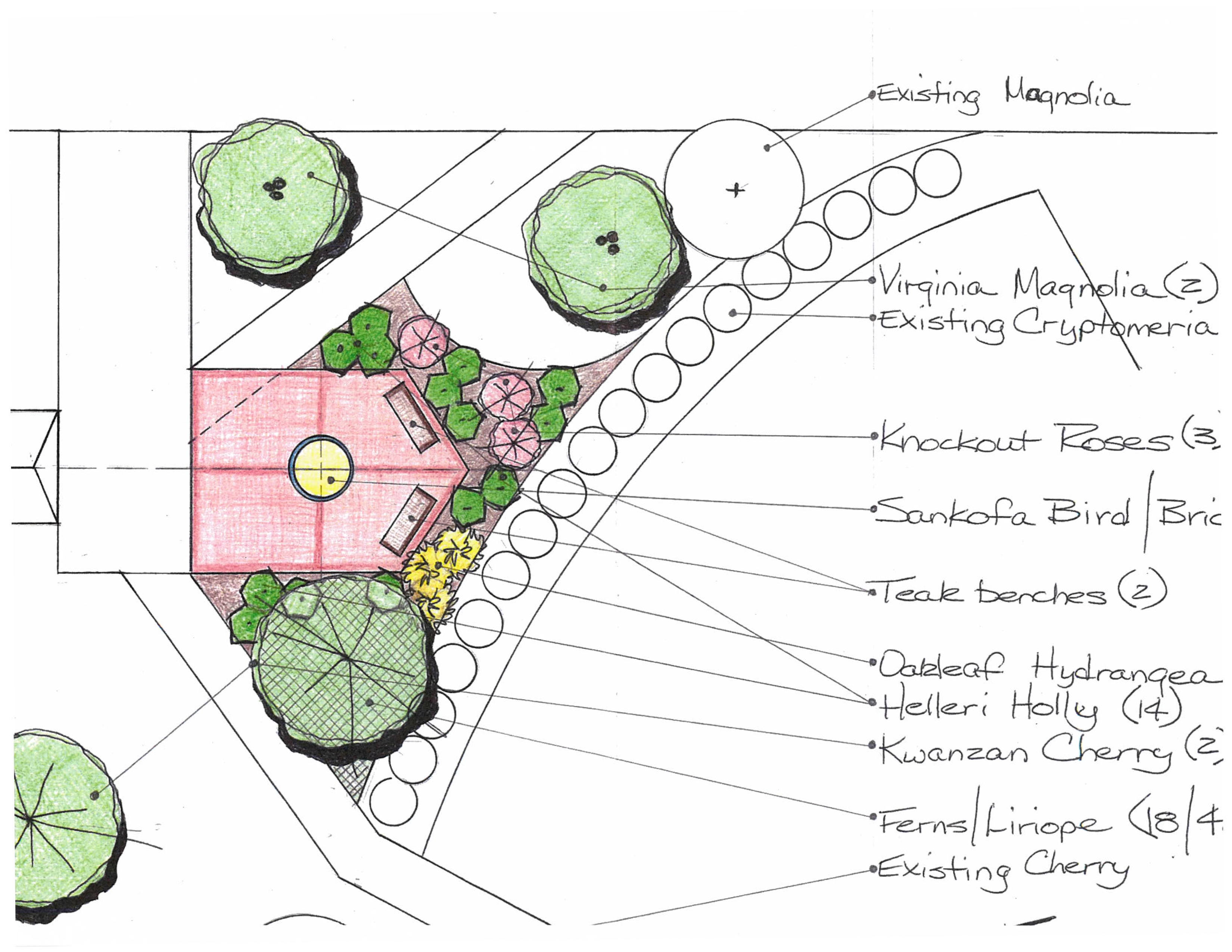 To honor the first three African-American residential students at William & Mary, and those that came before them, the university has committed land adjacent to Jefferson Hall to create a Legacy Tribute Garden. The location was selected to mark the place on campus where Lynn Briley ’71, D.Sc. ’18, Karen Ely ’71, D.Sc. ’18 and Janet Brown Strafer ’71, M.Ed. ’77, D.Sc. ’18 began their William & Mary journey when they arrived on campus in the fall of 1967.

The project will involve three phases: 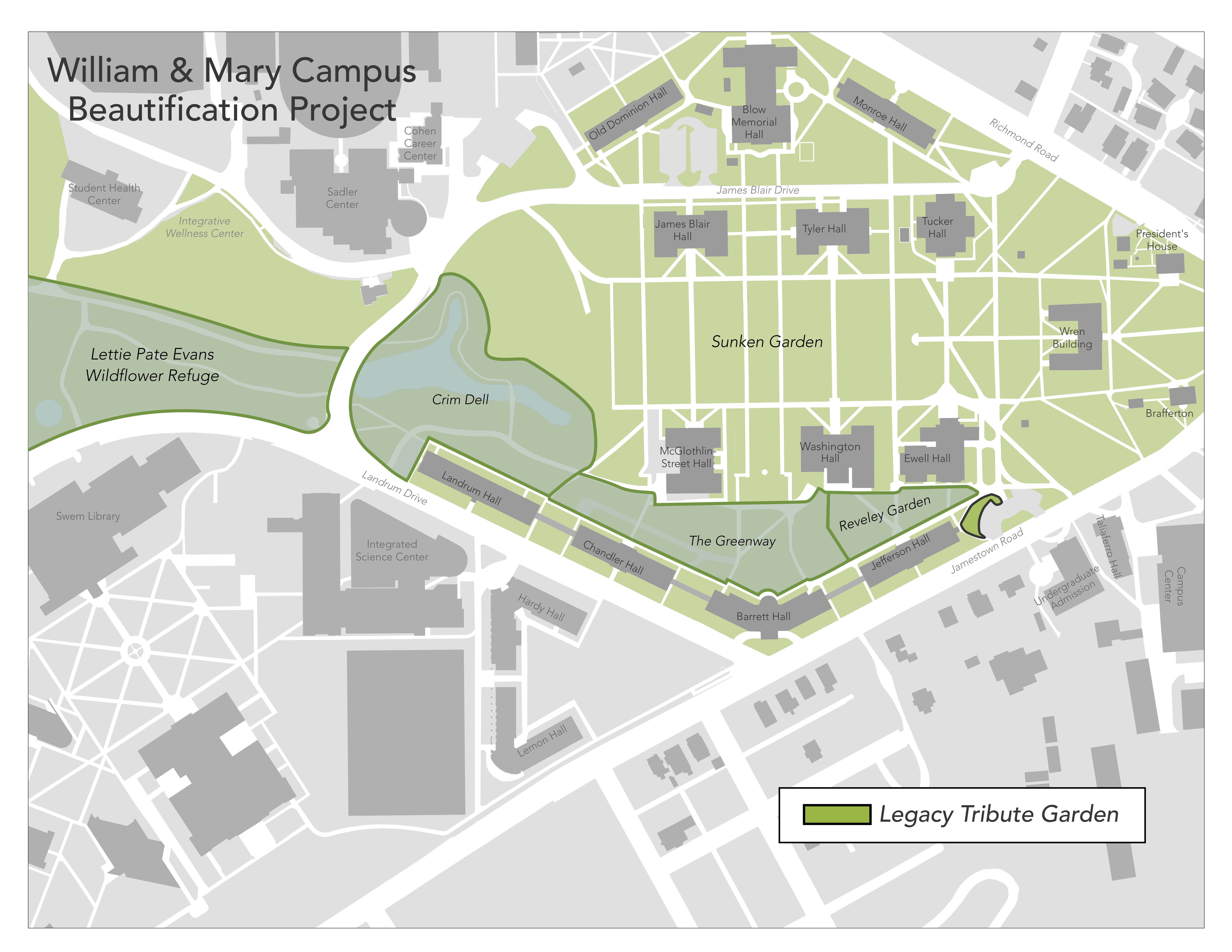